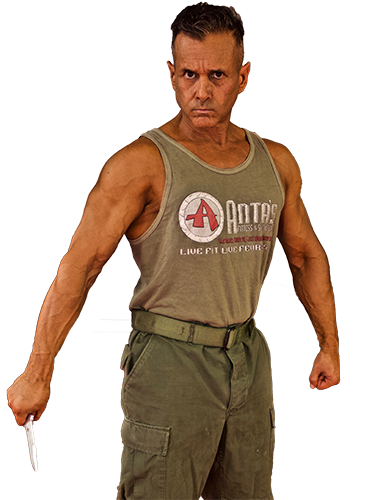 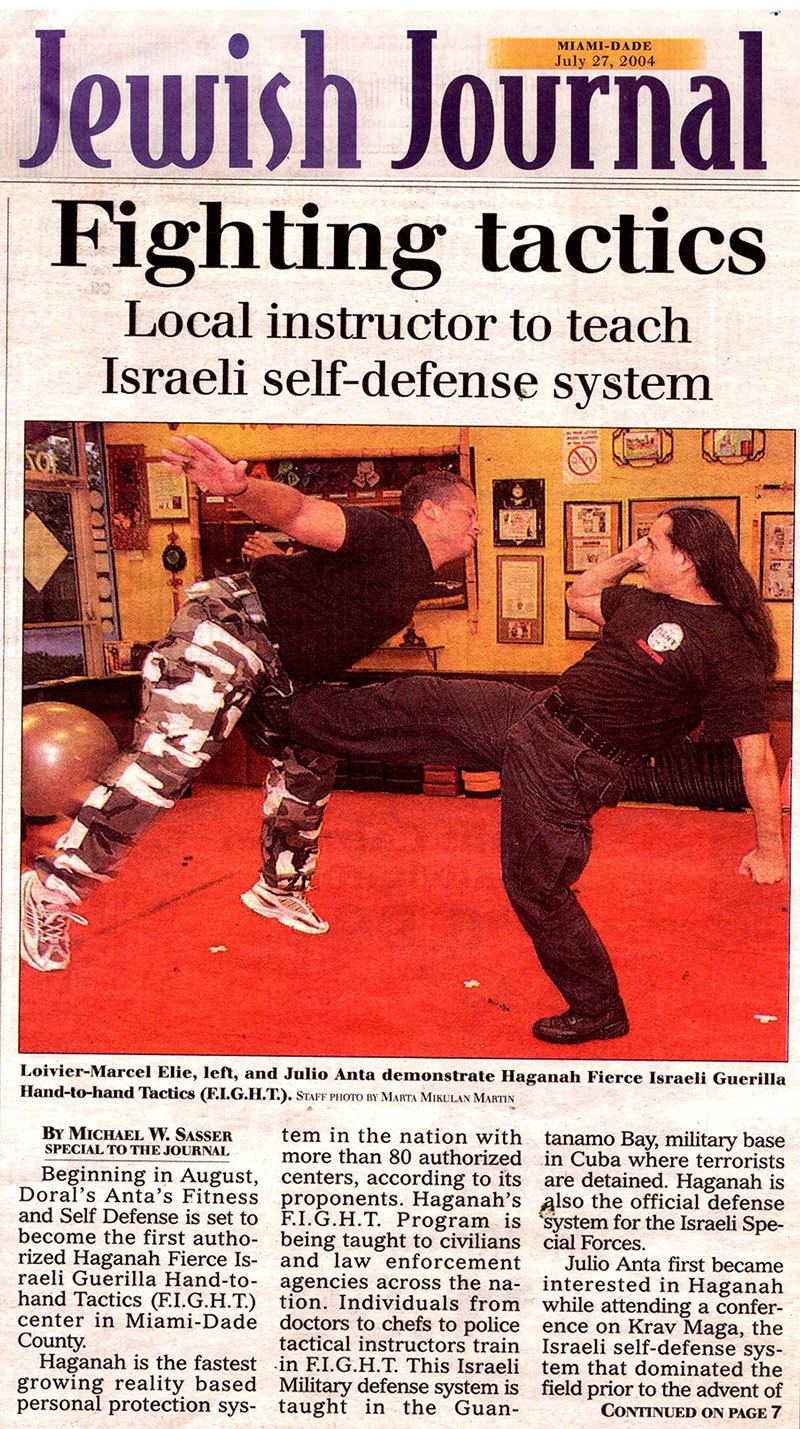 2004: Anta gets certified as an instructor in Haganah F.I.G.H.T a hybrid of Krav Maga and other Israeli fighting systems.

What is Krav Maga?

Krav Maga is the official self-defense and fighting system used by the IDF (Israeli Defense Force!) Krav Maga is the quickest way to learn reality based street defense. It has no rituals, formalities, katas, etc. Krav Maga is a no-frills self-defense system created to be effective within a short period of training. Based on instinctual movements and simplicity, it is the perfect system for anyone wanting to learn a simple, effective, and devastating method of saving yourself or loved ones when reality strikes!

No Nonsense Self Defense 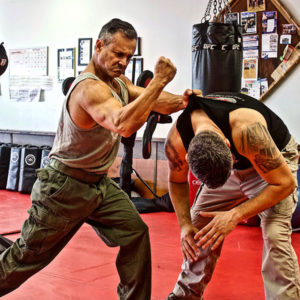 Krav Maga is the most effective and fastest growing self defense system available today. It is combat proven, battle tested and continually enhanced, no nonsense self defense! By statistics the average martial artist will loss a street confrontation. In today’s society the martial arts have evolved to a sport or a kid’s activity. Sport martial artist are at a disadvantage when encountering an attack by a street thug. Tournaments are a sporting event in a controlled environment with rules for safety. MMA or UFC is the closest thing to a street fight yet it is a sporting event and has rules to keep the fighters safe.

A street encounter is unscheduled, unpredictable and without any rules. The only trophy that you’ll will in a street encounter is your life! There are no forms like in karate, kung fu and tae kwon do, rules, or set combinations as reactions to attacks. Instead, Krav Maga training focuses on teaching simple self protection techniques which are specifically catered to reality based attack situations. Krav Maga has no rituals, no belts, no rules and no bull. Classes are fun, exciting and effective.

Easy to Learn in a Short Time

Don’t be a statistic, defy the odds. Be on top of the food chain, so that you can be the last one standing when reality strikes! When you want to be able to defend yourself and your loved ones, you don’t want it to take years to learn. Traditional martial arts take years to perfect, introducing material in stages that delay becoming at all effective in defending yourself. Reality based self-defense systems typically teach material that is either too little to be effective, or requires too much skill and time to become proficient. Krav Maga practitioners are taught to finish a fight as quickly as possible and therefore all attacks are aimed towards the most vulnerable parts of the body such as neck, groin, knees, eyes, and joints.

Israel formed one of the most respected military forces in the world in the Israeli Defense Forces (IDF). Krav Maga (Contact Combat) is the official self defense system of the IDF (Israeli Defense Forces.) Faced with warfare and terrorism, the Israeli military developed Krav Maga combat systems that were practical in the battlefield. Krav Maga was developed by Imi Lichtenfeld in a hostile environment in which combatants could not devote many hours to hand-to-hand combat training. Krav Maga was created to bring students to a high level of proficiency in a relatively short period of time. For more Krav Maga history go to the Krav Maga history page on this website.

Krav Maga is for Everyone 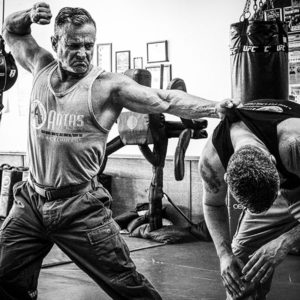 Our philosophy is that no one has the right to touch you with malicious intent and anyone who does should be dealt with immediately and aggressively to enable you to be safe and secure at the end of the day. All Krav Maga tactics are hardcore. Whether you are a housewife, law abiding citizen, college student, military or law enforcement officer Krav Maga is the answer to today’s violent crimes! We teach Krav Maga to 11 year olds to adults.

Get in Shape and Go Home Safe

Best of all, every Krav Maga class will keep you in prime condition and help you boost energy and manage your weight. You won’t even focus on it because you’ll be learning so much – It will just happen. You’ll get in shape and go home safe! Krav Maga is the ultimate self defense/fitness program. Get fit while learning to defend yourself and get fearless! 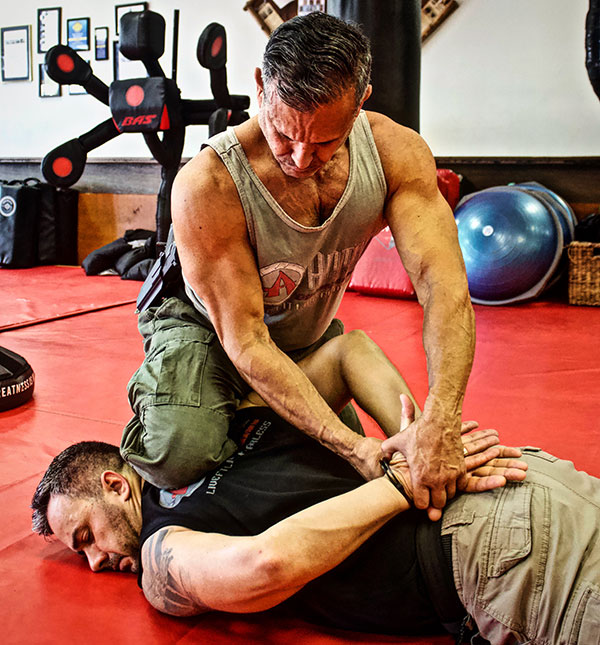 Anta's Fitness and Self Defense

Anta's Fitness and Self Defense is the only school in the area certified to teach Authentic Krav Maga by The Krav Maga Association, with a direct link to the current commander of the IDF Krav Maga training division!

For more information on instructors background and training log on to our instructors page on this website. 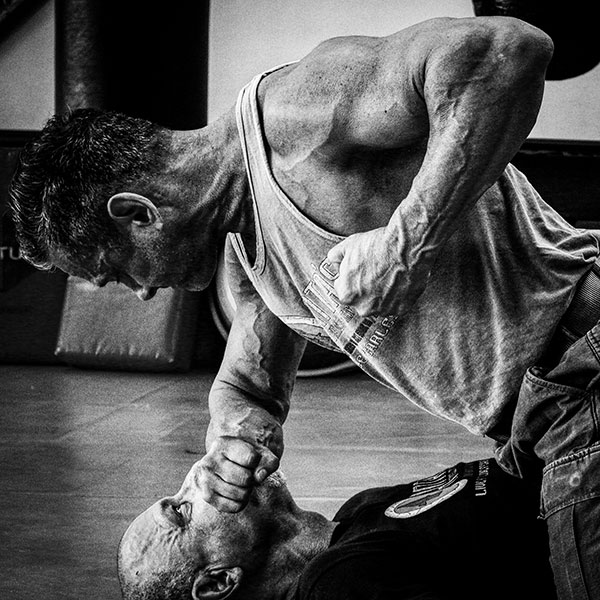 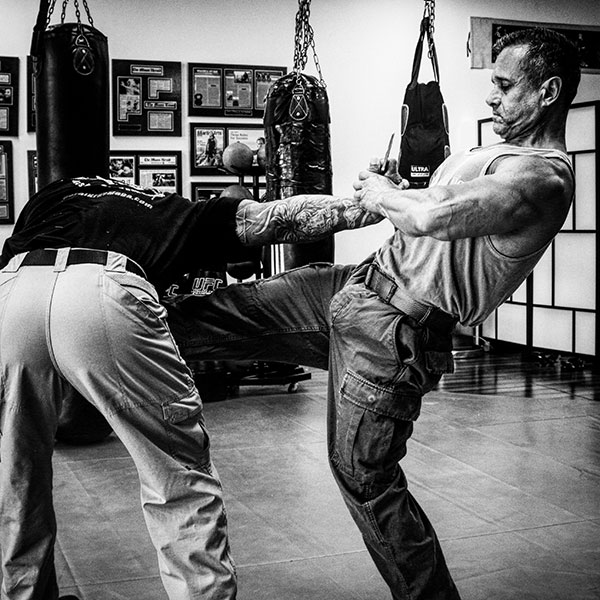 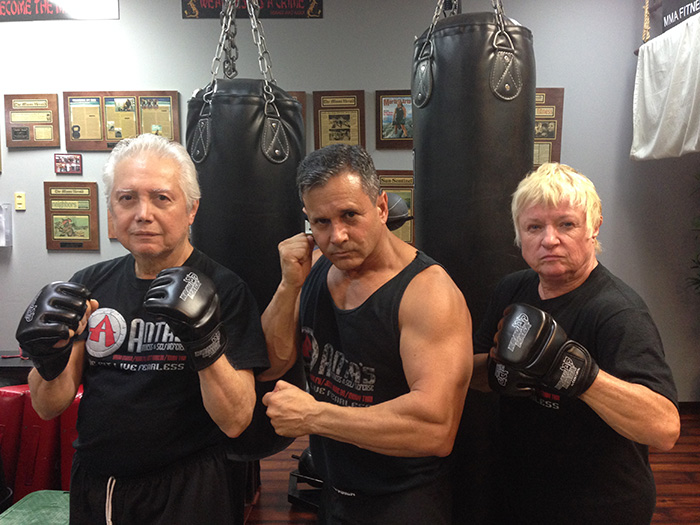 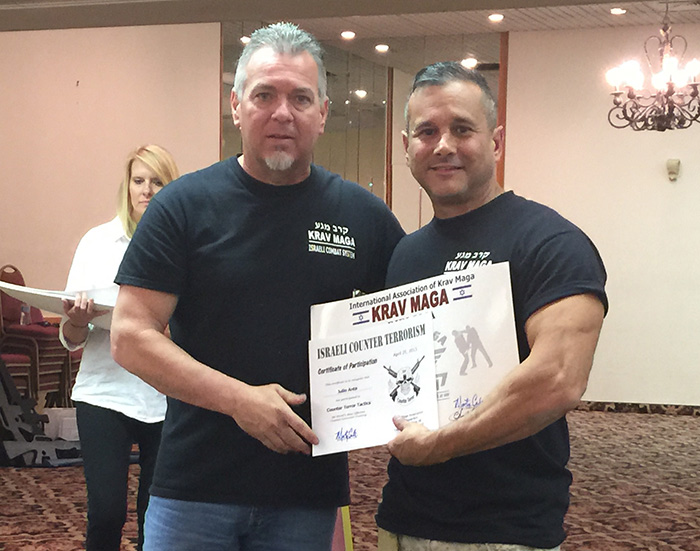