Anta’s Fitness and Self Defense is on a mission to empower women to STOP Rape, Assault, Crime, Abuse, and Domestic Violence. Walk in Peace be the last one standing when reality strikes. 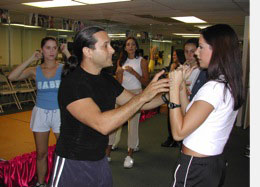 We live in a dangerous world, most crime on women are executed by men. They succeed mainly because men are usually stronger and more violent than the average woman. Yes, as a woman you could become an endangered species. The truth of the matter is that your safety is your responsibility, not your knight in shining Armor (husband, boy friend or brother), the government, your association or the security guards. Remember you are not always in the presence of your knight and by the time the police arrive it might be too late. So what can a woman do not to be a statistic? We are not telling you this to scare you, we just want you to realize the fact and prepare you to walk in peace. No one is immune to violence. Doesn't it make sense to empower yourself through reality based street defense. We can train you through our self defense class and workshops to be aware of your surroundings and also be prepare to retaliate if needed before it's too late? 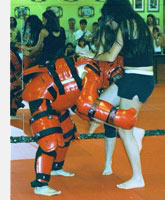 Anta’s Fitness and Self Defense provides realty based, effective self-defense training for today's busy female through Krav Maga and Jeet Kune Do Self Defense classes and through women self defense workshops throughout the community. Since most crimes on women are executed by men we do not teach separate self defense classes for men and women. In our classes you’ll be able to see if your techniques work by trying your self defense on men. We do hold workshops at our center and at other locations for women only. 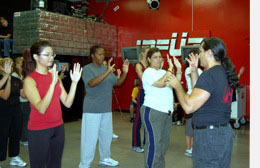 The shocking statistics state that:
· A woman is raped every 46 seconds in America... that's 78 rapes each hour!
· Every day, four women are killed by their abusive partners
· 25% of girls and 17% of boys will be sexually assaulted by the time they are 18 years old
· 14% of all American women acknowledge having been violently abused by a husband or boyfriend
· From 1992 to 1993 29% of all violence against women by a lone offender was by an Intimate
· 75% of domestic homicides occur after the victim has left the perpetrator
· 28% of all homicides of women are domestic violence related
· 95% of reported domestic assaults the female is the victim and the male is the perpetrator
· 75% of every rape is committed by a man that the victim knows
· 25% of rapes take place in a public area or a parking garage

Our goal is to inspire women to empower themselves to be able to walk in peace and if attacked to be the last one standing. For more information on our self defense program or how to set up a women’s self defense class for your organization please give us a call at 305 599-3649 or e-mail us at fitdef@aol.com. 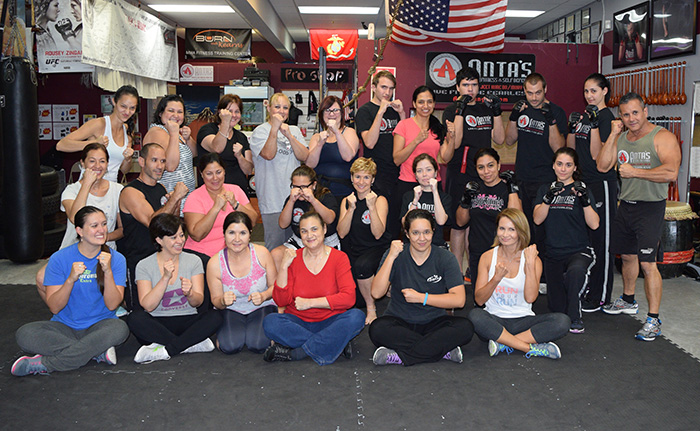